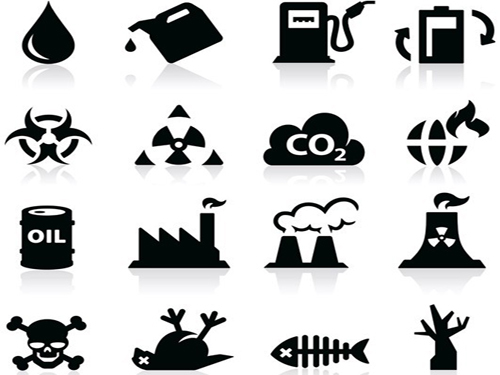 As we enter the great 2015, China's chemical industry is undergoing enormous changes. We are here to boldly anticipate the ten aspects of the upcoming 2015 that may affect China's chemical industry.
First: Under the high pressure of the national environmental protection policy, serious environmental pollution and backward production capacity will not be shut down.
Personally, I personally believe that there is no possibility of a large-scale shutdown. It is even impossible to say. After all, environmental protection is not qualified, or the proportion of backward production capacity is really too great. If you are really determined to close down these backward production capacity, most of China's chemical products will soon be in short supply. Even many species disappeared instantly, and this is impossible. However, the upgrading of production processes by production companies is positive, and some severely polluting SMEs may be shut down directly.
Second: Sailing out of the sea to go out will become the choice of more and more private enterprises.
I have a very strange observation that foreign companies started to set up factories, build offices, and spread their marketing fanfare in China on a scale of US$600-600 million per year. There are not many Chinese companies that are much larger than this. Courage to go abroad to build an office or set up factories. I believe that this day is coming. Many private enterprises I have seen are focusing on this area. Although they are very familiar with the land where he is raising him, they go out to see the outside world and let the people of the world "enjoy." The inexpensive and high-quality goods he produced have always been the dream of private entrepreneurs.
Third: The competition for talents will be more intense.
Personally, I think that the 20 years that foreign companies have come to China have helped us cultivate a large number of Chinese employees who are in line with international standards and have advanced management marketing and production technologies. These foreign companies have firmly occupied China's mid-to-high-end market to this day. They are the model for Chinese private enterprises to learn. The best way to learn from foreign companies is to dig into elites with rich experience and energy, even if you are looking for them. You pay a lot of artificial treatment, but you must be able to get it because you save a lot of training costs. To develop an ordinary employee into a department manager, a Chinese manager, or an Asian regional group executive. Foreign companies must spend more than 2 million yuan. His rich practical experience and experience accumulated over the past 10 or even 20 years can directly help you, train your team, and teach you how to take shortcuts to catch up with the old clubs of the past; even though Chinese private enterprises are famous for quick success and instant benefits. "Myopia", but in the face of the elite who have the real ability, they are willing to spend the money.
Fourth: PDH propane dehydrogenation will impact the entire chemical industry chain.
In the past, we used propylene to produce downstream raw materials, such as polypropylene, propylene oxide, etc. We had to look at the face of the three barrels of oil and firmly control the price of three barrels of naphtha oil for the market price of propylene. "Stability to maintain stability" has made "extraordinary contributions". It will be bustling next year. The PDH plant in Tianjin Suihua, Jiaxing Satellite, Ningbo Haiyue, Shaoxing Sanyuan and Yantai Wanhua will be enough to turn the domestic propylene market upside down. Breaking the pricing rights of three barrels of oil to propylene will lead to a substantial reduction in the cost of products made from propylene as the main raw material. We do not believe that the average market price of PP in 2015 will be higher than 2014, and we do not believe that the average price of propylene oxide market in 2015 will be higher than 2014, and an average 5-10% drop would be a high probability event.
Fifth: MTO Methanol to olefins will also be very exciting in 2015.
Because it opened up another way to produce propylene without using oil, it dehydrogenated with propane to "sacrifice together" and kill it directly to petroleum-based propylene. A hard battle is inevitable. In addition to the production of propylene, MTO also produces ethylene and aromatics, so it will also spoil in the ethylene and aromatics sector, making the already highly aromatized aroma area even more "unresturable," and its joining will inevitably trigger competition among ethylene producers. , Lower the market price.
In short, many things may happen in 2015. There may be more things that may happen that I may not realize, but it does not mean that they are not important. For example, large-scale central SOEs have introduced mixed operating systems, such as the crude oil and refined oil markets. The opening of private capital may be possible. Any of the things I listed may happen. It may affect the chemical industry in China. What do you think?

General Purpose Powder-Actuated System is used for building fastening, which have three parts: Actuated tools, Cartridges and fasteners. When Actuated Tool strikes cartridge and cartridge will explode in the inner of tools and produce a lot of high temperature and high pressure gas. The gas will push the piston and the piston will push the fasteners into the basement. Or the gas will push the fasteners directly into the basement. Like this, we can fix a lot of things into concrete and steel basement tightly.

The fundamental is as the following:

The Actuated tools are classified for direct tools and undirect tools, we can also called high velocity and Low velocity tool, the fundamental is as the following:

At the same time, each caliber cartridge is classified for different specification based on the quantity of inner powder, which is marked by different color. when the color is more darker, the power level is stronger. otherwise, the power lever is lighter. 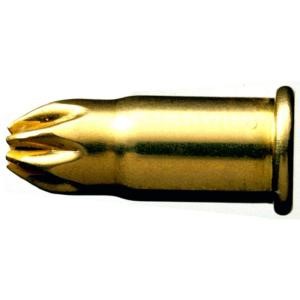 The packages are as the following:

For shipment, all cartons will packed by pallet.