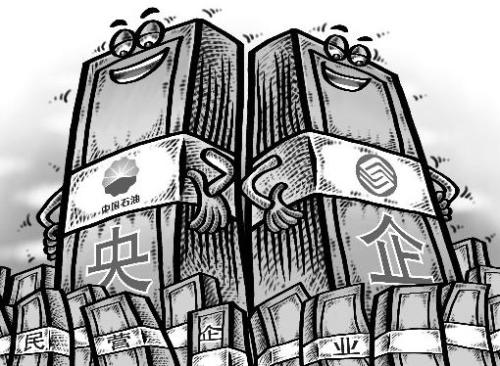 For distributed photovoltaic power plants, the â€œroofâ€ of the central enterprises and government is the real high-quality asset. After some competition, the second-best investor will only consider other industries and commerce and even the residential electricity market.

A few days ago, the website of the National Development and Reform Commission officially announced the "Interim Measures for the Administration of Distributed Generation" (hereinafter referred to as the "approach").

In the view of the industry, although the â€œapproachâ€ is still at the macro level, it has not yet made clear the market start-up factors such as grid-connected electricity prices for various distributed generation methods, and it needs to be further refined. At the same time, however, the "Measures" clarified the construction management, grid access, and financial subsidies processes and responsibilities, and once again expressed the management's determination to vigorously develop distributed generation.

It is worth mentioning that this â€œapproachâ€ was sent to all local governments and sent to 16 central enterprises covering the four major segments of distributed â€œinvestment, power generation, power grid, and usersâ€. In the view of the industry, the strength and credit of the central enterprises determine that they will be the best investors and users of distributed power plants.

However, relatively speaking, due to the low cost of residential-side electricity bills, people from all walks of life in New Energy do not think that the start-up of the residential electricity market is ready.

Accordingly, although the management team has incorporated all building categories into the category of distributed power generation applications, it seems to the industry that the development of the residential electricity market still faces many bottlenecks.

Take distributed photovoltaic BIPV (building photovoltaic integration, mainly used in building roofs) as an example. â€œOn the one hand, photovoltaic distributed generation systems have a large investment and a long payback period. In view of the current low cost of electricity for ordinary people, their The use of photovoltaic power is not strong. In addition, in the field of residential electricity, it is not easy to find suitable roof resources. First of all, there are a lot of 'competitors' in addition to distributed photovoltaics, such as landscaping and solar water heaters. 'Second, suitable roof resources are relatively concentrated in areas and cities with better lighting conditions, and such resources are also relatively scarce,' said Wang Zhixin, head of Yingli Media, to the Securities Daily reporter.

Liu Peng, the deputy general manager of Youtai New Energy, expressed his approval of this view. He also told reporters that "electricity fees are the biggest obstacle to the development of photovoltaic distributed generation on the residents' side." It is estimated that at present, the price of peaks and valleys for electricity and electricity for industrial and commercial use in China (the average value of peak electricity consumption and average electricity price for low electricity consumption) is about RMB 1.04 per watt, while that for residential electricity is approximately 0.45 yuan per watt-0.5 yuan per watt. There is a gap of more than 0.5 yuan between the two, which means that without considering the subsidy, the cost of distributed photovoltaic power generation should be reduced to at least 0.45 yuan/W to 0.5 yuan/W to be attractive.

The last article of the "Measures for Encouraging Central Enterprises to Participate in Securitization of Distributed Power Plant Assets" clearly stated that all relevant units should "strengthen science and technology popularization and publicity work to create a social atmosphere conducive to accelerating the development of distributed generation."

Rather than highlighting the management's development of a distributed determination, it is different from the publication of previous documents. This â€œapproachâ€ is not only for provinces, autonomous regions, municipalities directly under the Central Government, and separately listed cities, but also for the Xinjiang Production and Construction Corps Development and Reform Commission and the Energy Bureau. It was also sent to large-scale central enterprises such as Huaneng, Datang, China Guangdong Nuclear Power, Shenhua, China Energy Conservation Group Corporation, and National Development and Investment Corporation.

From the categories of these central enterprises and their industries, it is not difficult for people to discover that they almost include four major links that are crucial to distributed development: investment, power generation, power grids, and users.

â€œDistributed power plants need investment, so some investors, as well as component companies, have seen the benefits, have more capacity to absorb them, and have participated in them. But after a period of development, they will find that large-scale investment has put their money in the In the power station, it is impossible to withdraw in time, so their power stations urgently need to find someone to take over.â€ An industry source who declined to be named told reporters, â€œBut whoever sees a power station with an annualized income of less than 10% will see it?â€ Distributed photovoltaic power plant) Obviously, except for some old-age pension funds, few domestic investors favor this rate of return. Nowadays, the distributed development of the 'self-use, over-grid' model is essentially a fully mobilized demand for electricity. For the distributed power plant, the market and the picker were found, and these central enterprises with huge funds, huge electricity consumption, and low expectations of return are undoubtedly the best investors and users of distributed power plants."

In fact, in the photovoltaic industry, the competition for the â€œrooftopâ€ of the central SOEs has been launched in a low-key manner.

For example, the "AVIC 400 MW Distributed Photovoltaic Power Generation Demonstration Project" that has been launched a few days ago has been ravaged by many leading photovoltaic companies.

According to public information, AVIC is the first large-scale central enterprise in China to use its own roof resources to build distributed photovoltaic power generation projects. It plans to build AVIC plants in 20 cities including 11 cities in Beijing, Shanghai, Hebei and Liaoning. Distributed photovoltaic power generation projects are installed on rooftops of buildings and other buildings to make effective use of idle roof resources. The total investment of the project is about 3.8 billion yuan. It is expected that the entire investment will be recovered in 11 years and the overall project will be completed in 2015.

â€œFor distributed photovoltaic power plants, the 'roof roof' of the state-owned enterprises and the 'roof' of the government are the real high-quality assets. After some competition, the second-best investor will only consider other industries and commerce, even for residential use. Electricity market. Therefore, these 'roof' resources are extremely limited, really want to stand out in the field of distributed power generation, it must be like today's real estate developers' 'squat' like to go to 'squat roof'." The above-mentioned industry sources added to reporters .